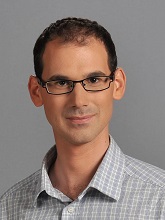 Michal Dimitrov received his bachelors ́ degrees in area studies (2006) and journalism (2007) and masters ́ degree in German and Austrian studies (2009), all from the Charles University in Prague. His research interests are migration and integration. For his doctoral thesis, he was focusing on the local integration policy on migrants in Berlin, Vienna and Prague. In 2008, he completed an internship at the German Federal Parliament (Bundestag) in Berlin, two years later he was awarded a fellowship by the International Center for Journalism of the Freie Universität Berlin. Within the program of the European Journalism-Fellowships (EJF), he did research on “Integration policy in Berlin 1971–2011”. Apart from his academic career, he has worked as a freelance journalist for Česká televize (Czech Television) and for Hospodářské noviny (Economic News, iHNed.cz).